I’m off the pop for a week, after a fairly boozy do all weekend… Friday night was mine and Pickle’s eight monthiversary.  We went to a new pub that we had always wanted to try and then onto two pubs that we have been in lots.  Much liquor later we ran out into the streets of Walkely with fists full of chalk and proceeded to write on the pavements….

Our local bus stop was treated to a Smiths lyric,

“And if you must go to work tomorrow
well if I were you I wouldn’t bother.”

Our row of houses were improved with nice comments… outside our house we wrote “Today will be lovely” Two doors up from that we went with “Don’t worry” two more doors on and it told the onlooker “You’re beautiful” a further two doors on, the house is empty and up for sale… so we simply wrote, “Think big”.

They must be doing something with our road soon as there were already markings… we changed them into Pong, smiley faces and some comedy cartoon boobies… then of course we had to scrawl the obligatory cock and balls on a lamp post… I know, I know… but we were drunk, and it was only chalk and this is Sheffield… I’ll bet it lasted five minutes with our infinite rainfall …

We are planning another “Chalk Walkley” or “Chalkley” if you will, before the weather badly turns… I will take pictures to show you… and I promise this time, no schoolyard clowning around with caricatures of genitals.

As I don’t have any pictures of my own, here are a few pictures of other people’s efforts… 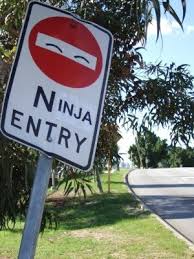 On Saturday we spent some time with Moo-Ma and moo-Pa which was lovely (It had been Moo-Pa’s birthday, so we cooked a nice meal and watched Black Books… I think I’m turning into Bernard fairly rapidly…) They then kindly gave us a lift to our friend’s birthday party which was great.  The Good Influence and the Good Influence’s wife run a small and efficient feminist household in Crookes.. Luckily their birthdays are within a few weeks of each other, so there’s always a fantastic birthday bash with the house packed with extremely lovely people.   One of these people is Mr Peacock Suit, The Good Influence’s boyfriend…Yes Ms G I, we heartily approve…  they make such a charming couple.

Even Mrs Armitage managed to make an appearance which was lovely… and I got to play with The Bunnymen in the yard… hooray!

This entry was posted in Chalk. Bookmark the permalink.